“Build your Empire on the Ruins of your Obstacles”

My humble Eastern European roots predisposed me to gymnastics, which I started at the age of 5. I fell in love with this sport. The balance, the strength, the somersaults; it had me enthralled. My form was strict but never perfect, and for this I was reprimanded. It was this that eventually lead me to seek alternatives. I wanted to move fast and to learn quickly, I wanted the adrenaline that I had become so addicted to. They say you need to learn the rules to break them; and having learned them I left behind all the ostentatious baggage, keeping only the most essential principles.

In the years that followed I had diversified my interests and had discovered other disciplines that I took up parallel to gymnastics. These included street workout/calisthenics, tricking, breakdance and yoga. Here I was no longer restricted by the strict code of gymnastics, and could explore movement with new-found liberty.

These new commitments helped me to develop a strong intuition for movement, where through experimentation, I began to invent my own movement patterns and skills. To me, this became the most rewarding part of streetworkout/ calisthenics, where through creativity, I could come up with patterns of movement that perhaps, no one else in the world had yet discovered!

Get in touch today! 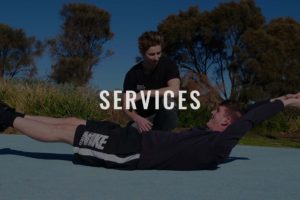